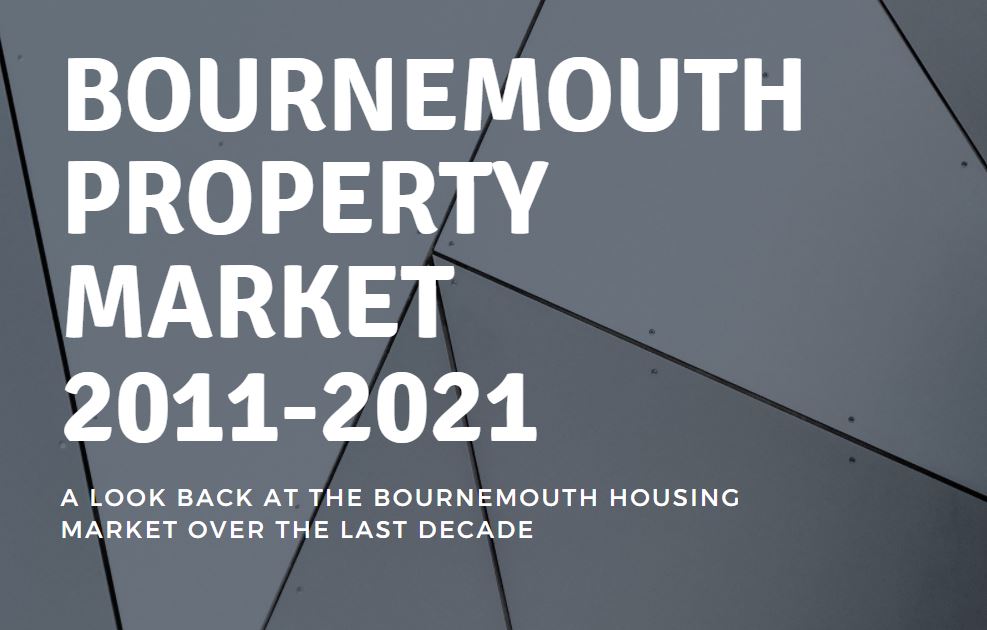 With all of us completing the Census, a couple of weeks ago, it made me realise profoundly that mine and my family’s life, which from our own point of view seems unique and delightful, makes us all into a series of statistics for the Census gatherers to pore over. To digest and regurgitate facts, figures and trends for those who are interested in the ever-changing social circumstances of these islands.

Whilst the information from this Census won’t be published until March 2023, let us have a look at what has been happening in the Bournemouth property market since the last time we completed the Census in 2011.

Just to remind you, 2011 saw the wedding of Prince William and Kate Middleton, Mr Cameron was the PM, there was the last flight of the Space Shuttle and Game of Thrones premiered.

Whilst in the Bournemouth property market ….

Irrespective of any dip in Bournemouth house prices or transactions when the Stamp Duty Tax Holiday ends in the autumn, this is a trend that looks set to continue, with no sign that supply of new homes is anywhere near to keeping pace with demand for households.

There have only been 2,168 new properties built in Bournemouth in the last 10 years, that’s just over 18 a month. That means the population in Bournemouth has risen by 2.56 people for every new home built over that decade.

Nationally, the country has only built just over 180k homes a year over the last decade 120k less than the national target of 300k. In the meantime, the population has grown by more than 4 million.

When looking locally at the size of new build property in Bournemouth, the average property is just over 900 sq. ft., which is 26% larger than a decade ago.

The average rent for a property in Bournemouth currently stands at £1,296 per month, whilst a decade ago, it was £1,080 per month

This means private rents have increased by £1.80 a month for the past ten years. Interesting, when compared to the national average of 98p a month whilst in London, rents have grown by £4.64 a month.

The next 10 years of the Bournemouth Property Market…

The next ten years will be just as fascinating. To try and predict would be a fool’s game.

For example, who would have believed what the Bournemouth property market has done in the last 12 months since the start of Lockdown 1.0. The number of transactions (i.e., people moving) in turn with UK house prices having risen so much in the last year … all during a worldwide pandemic and at a time of such mayhem and havoc in the UK and world economy, is nothing short of remarkable … the question is - is it sustainable?

Read these articles in the coming months and years and I will share with you what is happening to the value of your Bournemouth property, be you a Bournemouth homeowner or Bournemouth landlord.