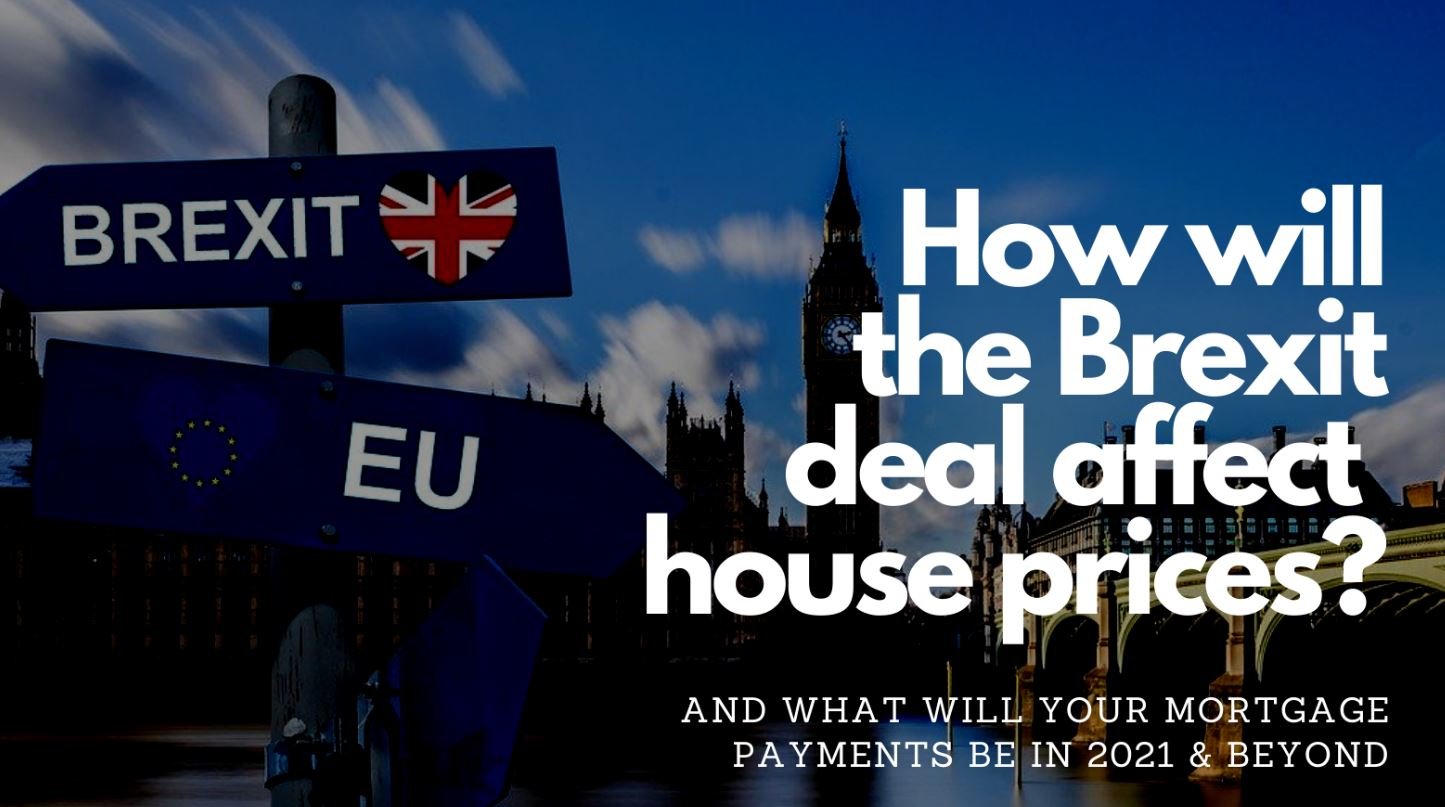 How Will the Brexit Deal Affect Bournemouth House Prices and Your Mortgage Payments?

Christmas Eve brought the news that Boris Johnson had conclusively agreed on a Brexit deal for the UK with the European Union. This gave optimism that the economic turmoil of leaving the EU would be radically reduced, yet what will this ‘trade deal’ do to the value of your Bournemouth home and the mortgage payments you will have to make?

Since the summer, the Bournemouth property market has been booming, yet many commentators have cautioned that the momentum cannot last. With unemployment and the end of the Stamp Duty Holiday on 31st March, the Halifax reported last week that they believed UK house prices would drop by at least 2% (and in some areas 5%) in 2021.

Bournemouth house prices are 4.1% higher than a year ago, making our local authority area the 203rd best performing (of the 396 local authorities) in the UK.

What will happen to Bournemouth house prices?

The Bournemouth property market in 2019 was held back because of the uncertainty of the Brexit deal. In January 2020, we saw the demand released in the fabled ‘Boris Bounce’, only for buyer and seller activity to fall off a cliff in March during the first lockdown. It then took off like a rocket once lockdown was lifted. UK house prices are 4.19% higher today, year on year (although some areas are breaking the mould, like Aberdeen whose house prices have dropped by 5.1% and at the other end of the scale, Worcester’s house prices have increased by 11.9% year on year). A lot of that growth in UK property prices has been fuelled by buyers spending their stamp duty savings on the purchase price of their new home. Yet, it cannot be ignored.

Of the 180,200 workers in Bournemouth, 12,900 are still on furlough (although roughly 40% of those people are still only on part-time furlough).

When the furlough scheme ends in April 2021, unemployment is likely to rise to in excess of 11%, whilst the protection for the homeowners utilising mortgage holidays will finish.

Piloting the rocky shoreline of the recession is more important than any Brexit deal for Bournemouth homeowners, buy-to-let landlords, buyers and sellers.

In April, the market will also be dealing with the end of the Stamp Duty Holiday, which is due to come to an abrupt halt on the 1st April 2021. Consequently, we will continue to see the house price index's show growth in the first half of 2021. They will then recede as the prices of Bournemouth homes purchased after the 1st April 2021 reflect the lower price paid (because buyers would have had to pay for their stamp duty again). Therefore, probably by the end of 2021, the Halifax may be correct, and Bournemouth house prices will be 2% to 5% lower than they are today, simply because of the stamp duty.

What will happen to mortgage rates?

The real benefit from the Brexit deal is that there will be no tariffs on most goods coming into the UK. 52% of all goods imported into the UK are from the EU (totalling £374bn per annum). The UK Government were planning to add between 2% and 10% tariffs under World Trade Organisation rules on the vast majority of those goods. Price increases because of those tariffs would have fuelled inflation, meaning the Bank of England would have to increase interest rates. Although 77.2% of British mortgages are on fixed rates (paying an average of 2.16%), eventually those increased Bank of England rates would have fed through into higher mortgage payments. To show you how vital low interest rates are …

Yet if interest rates rose only 1.5%, Bournemouth homeowners’ monthly mortgage payments would rise to £707.04 pm, and if interest rates were at their 50-year average, then the mortgages payments would be an eye-watering £1,376.95 pm (note all mortgage payment figures mentioned above are only for the interest element of the mortgage- the capital repayment element would be additional and variable depending on the length of mortgage).

As I have mentioned many times in the articles I have written about the Bournemouth property market, low interest rates are vital to ensure we don't have a property market crash. That's not to say just because they are at an all-time low of 0.1% to aid the economy that there won’t be some form of realignment of property prices later in the year (as mentioned above). Yet low interest rates mean people can still pay their mortgages, so there won't be panic selling. That would mean there won't be a flood of property come to the market (like there was in the 1988 and 2008 property crashes when interest rates were much higher), suggesting property prices should remain a lot more stable.